Narnia Arts Academy
is proud to present a 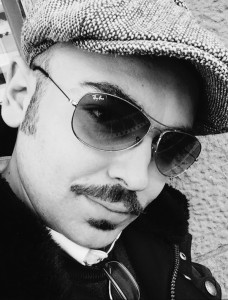 ALESSANDRO LUCIANO – A native of Rome, Mr. Luciano began studying piano at the age of seven and subsequently dedicated himself to composition and conducting.

Mr. Luciano graduated from the Accademia Nazionale d’Arte Drammatica “Silvio D’Amico” in Rome and performed as an actor in many productions which brought him to important theaters in Italy and working with famous directors. 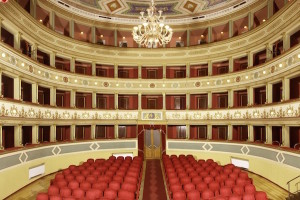 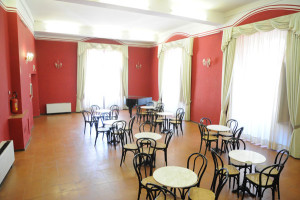 “…I WOULDN’T CALL IT “MASTERCLASS”. RATHER, “OPERA MEETING”.

The idea is to put at the service of anyone who wants, professionalism, experience and especially the desire to communicate what I have learned and I learn every day.

Taking a cue from the relationship that has bound the great Franco Corelli and Giacomo Lauri-Volpi, I want to deepen every aspect of a singer’s training: technical, musical, theatrical and stage, in a relaxed atmosphere between Colleagues, a constructive dialogue aimed to deepen the knowledge of all those aspects too often taken for granted, but needing special attention; because it is the attention to detail that makes all the difference, as we never stop growing.

The program is open to singers of all nationalities with no age limit. 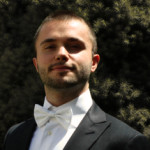 Diego Procoli has graduated with honours in Piano at the Conservatorio “A. Casella” of L’Aquila (Italy), where he has obtained also his Master Degree in Piano “summa cum laude” under the guidance of Elena Matteucci. He has studied with Nina Tichman (Piano), Anthony Spiri and Roglit Ishay (Piano Chamber Music) at the Hochschule für Musik und Tanz in Köln (Germany) and has attended masterclasses and piano courses with Orazio Maione, Carlo Grante, Fausto di Cesare, Mariangela Vacatello, Pier Narciso Masi and Konstantin Bogino. He has studied also Harpsichord with Andrea Coen and Fortepiano with Costantino Mastroprimiano, as well as Music Theory and Composition with Matteo d’Amico and Claudio Perugini at the Conservatorio of L’Aquila.

As soloist or as pianist in chamber groups he has performed for several Concert Seasons and Festivals in Italy and abroad, such as the Concert Season of Società dei Concerti “Bonaventura Barattelli” (L’Aquila), the Festival di Mezza Estate (Tagliacozzo), the Estate Musicale Frentana (Chieti), the Teatro Principal di Castellon de la Plana (Spain), il Riojaforum of Logroño (Spain), the Rome Chamber Music Festival, the Concert Season of “I Solisti Aquilani” Orchestra, the Polish Institut of Culture and the Embassy of Poland in Rome and Malta, the Auditorium della Conciliazione and the Accademia Nazionale di Santa Cecilia of Rome and the RAI – Radiotelevisione italiana.

In 2006 he has attended the Opera Accompanist and Correpetition Course chaired by Robert Kettleson at the Accademia Nazionale di Santa Cecilia. Since 2010 he contributes as pianist for for the Master Cours in Opera Singing of the Accademia Nazionale di Santa Cecilia of Rome held by Renata Scotto and its opera productions (Così fan tutte of W. A. Mozart, 2010; The Cunning Little Vixen of L. Janacek 2011, Gianni Schicchi of G. Puccini and L’Heure espagnole of M. Ravel 2012). He has partecipated to the opera productions of the Concert Season “I Mercoledì della Cattolica” of Rome, of the Istituzione Sinfonica Abruzzese (L’Aquila), of the Artincanto Festival (Teramo), of the Associazione “Tito Gobbi” Magie dell’Opera Project (Don Giovanni of W. A. Mozart, 2011), of the Reate Festival (Il Campanello of G. Donizetti, 2010; Adina of G. Rossini, 2012; Anna Bolena of G. Donizetti and Un Giorno di Regno of G. Verdi, 2013) and of the Teatro Real Madrid Season (Clemenza di Tito of W. A. Mozart, 2011) working under the musical direction of conductor such as Carlo Rizzari, Thomas Hengelbrock and Fabio Biondi. He has also been piano accompanist of Master Courses in Singing of Elena Cecchi Fedi, Luciano di Pasquale, Luca Canonici, Anna Vandi, Sylvia Sass e Bernadette Manca di Nissa.

In 2009 he has graduated summa cum laude in Literature and History of Music at the University of L’Aquila and he is attending the Master Course in Musicology of the University of Rome – La Sapienza. As musicologist and music journalist he contributes with Società dei Concerti “B. Barattelli” of L’Aquila, the Festival “W. A. Mozart” of Rovereto, the Istituzione Universitaria dei Concerti (IUC) and Oratorio del Gonfalone of Rome, as well as for newspapers and music magazines like MUSICA of Stephen Hastings. He is press agent of the Conservatorio “A. Casella” of L’Aquila and for the Alessandro Casagrande International Piano Competition of Terni.

Students can take advantage of a special agreement on meal pricing arranged by Narnia Arts Academy with the restaurant Fondaco, next to the theater:

Lunch/dinner coupons available at a special price of €5, €11 and €14 each can be purchased exclusively at the Narnia Arts Academy office (cash only). The menu will change every day.

To book the meals option please check the related box on the application form.

Those who do not want to take advantage of this special meal package, can handle the food on their own.

NARNIA ARTS ACADEMY has a special and exclusive agreement with the following lodging facilities, all situated in the historic center of town and very close to the theater:

Those who do not want to take advantage of our special offers, can handle hotel accommodations independently.

In order to book your lodging facility it is necessary to check the related boxes on the application form.
No need to call the hotel. Narnia Arts Academy will pass the bookings to the lodging facilities.

The lodging at Palazzo Barilatti and Ostello is required to be paid in cash at the Narnia Arts Academy offices before departure. No credit cards accepted. Lodging at Le Stanze del Giglio can be paid with credit card directly at the lodging facility. 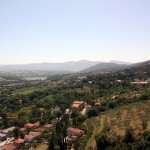 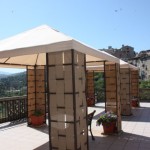 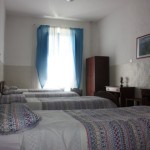 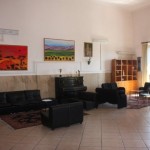 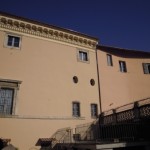 The price is per night and includes breakfast.
Also included, free of charge: use of the large common room, the library, a large garden, parking area, television, a large panoramic terrace, bed linens and daily cleaning service.
Towels are not included in the price and guests must bring their own, or they can rent a set for €3. Internet: €3 for the whole stay. 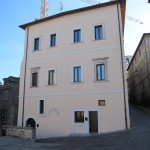 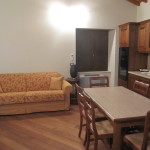 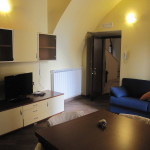 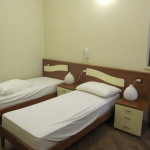 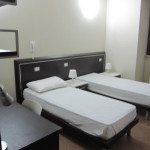 Right in the medieval center of Narni (just steps away from the area where the courses will be held) is Palazzo Barilatti, a completely renovated period building. All the apartments have private bathrooms, kitchenette, LCD TV, air conditioning and free 24 hour Internet. The large, bright rooms are airy and comfortable, thanks to furnishings which are both functional and cozy. Cleaning service is weekly, with a change of bed linens. Breakfast not included. 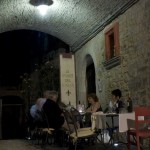 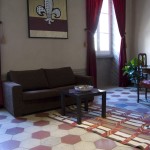 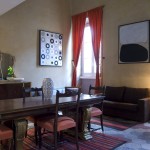 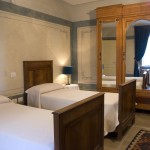 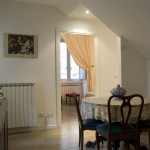 Located in the medieval center of Narni, “Le Stanze del Giglio” apartments are the result of an elegant renovation of a historic 16th century building. The entrance, off the characteristic via del Campanile, leads into the fascinating spaces which have been designed in the small, inner courtyards of this late medieval building.

The building is also disabled-accessible and is furnished with every means necessary to facilitate overcoming any architectural barriers. In addition, clients have access to all common areas of the hotel: terrace, reading room with a fireplace, large hall for dinners and evening events and for tasting typical Umbrian products, in the best tradition of Umbrian farm holidays.

Tuition fee to be paid in cash at the Narnia Arts Academy’s offices the first day of the masterclass.

Narni – Geographic centre of Italy, situated in the province of Terni, in the region of Umbria.

It’s a typical Umbrian town, built on a hill 790 feet above sea level with 20.570 inhabitants and strong medieval traces. The town has outstanding views over the river Nera valley and the wide plane of Terni. Narni offers artistic, archaeological and religious itineraries, plus an abundance of natural history for the tourist. The town’s theater dates back to 1800.

It is surrounded by cultural gems, including the renowned cities of Perugia, Assisi, Todi, Spoleto.

How to reach Narni by train:

Check the train schedule on www.trenitalia.com.

How to reach Narni by car:

Although Neolithic people lived in this region, the first historical document mentioning the town is dated 600 B.C.

Narni was a Roman colony under the name of Narnia, a name that comes from the Nar River, which today is called the Nera.

In 233 B.C., with the construction of the via Flaminia from Rome to Rimini on the Adriatic coast, Narni became of major importance and it was heavily fortified because the road passed through the town.

In 90 B.C., Narnia became a municipally (semi independent) town within the Roman Empire.
The first Christian Bishop of Narni, Giovenale from Cartage, was chosen in 368 A.D. and later was consecrated as Patron Saint of the town.

Narni’s strategic position, standing as it does above the deep gorge of the river Nera, has made it a target of many invading and barbarian forces.

In the 11th Century it established its power as a free “Comune” (autonomous town).
Between the 12th and the 14th century it reached its greatest splendor.

In 1371, the Pope Reformed the Statutes of the city and Narni became part of the Papal State.
Narni developed a school of painting and goldsmithing. Many artists of the renaissance period produced work for clients and patrons in Narni: Rosellino, Ghirlandaio, Gozzoli, Vecchietta, Antoniazzo, Romano and Spagna.

On the 17th of July 1527 the Lanzichenecchi (northern mercenaries) stopped on their way back from the sacking of Rome and destroyed Narni.

Slowly the walls, buildings and churches were rebuilt and by the end of the century, Narni had been re-established.

After the rebuilding, many important artists returned to Narni, including Vignola and Zuccari. Also Sangallo and Scalza, who took part in the reconstruction of the town.

In 1664 the town library was founded. Many famous people were born in Narni, including: the emperor M.C. Nerva, Gattamelata, the Beata Lucia, Bernardo, Eroli, Galeotto Marzio and S. Cassio.

We use cookies to ensure that we give you the best experience on our website. If you continue to use this site we will assume that you are happy with it.Ok